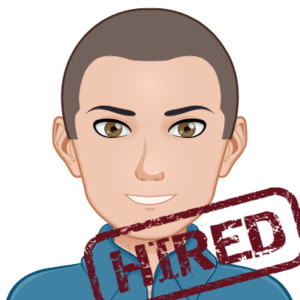 Recruiter Notes: passively curious about what’s out there. working as a full time SF developer. mostly doing code. but he is sort of a hybrid between admin and developer. certified admin. and worked as an admin and then jumped into dev. never coded before… started and has been learning over the past few years. Apex and VisualSource. works on solutions just within salesforce. anything from a trigger on an object to a process builder or a flow. sometimes straight admin or configuration that doesn’t require code. runs the gamut from all forms of SF administration through full on development. requirements gathering, involves some PM type of work, has projects and sees them through beginning to end, including creating test processes and running through a UAT…. feels he’s best suited to this hybrid role, he likes working with end users and gathering requirements and designing a build and doing the build through to the end. likes doing it all. doesn’t mind the day-to-day with end users. and really likes development. feels like he’s learning every day.

Even if he were the “solo guy” he’d be comfortable with that… loves the idea of collaboration… he’s not dying to move on, but is possibly open to a change, bc his company is sort of transitioning over time to a more silo’d approach and he’s being pushed into a dev role, and he really wants to be doing both….

Who are the people you’re typically interacting with? What departments?  C-level executives?
Fairly large Salesforce team… 3 developers, 5 administrators, 2 PMs, 2 people who “help manage the team”…. he works for the Director but there is also a CRM manager…. interacts with that large SF team every day…. 2000 active end users…

Also consistently getting requests for enhancements from end users…. analytics teams… data governance team (owns clarity of the data)…. sales team… customer service department… finance team, he helped set up part of the finance app…. also working with the executive team… currently working on a strategic initiatives to mesh several objects together, so they can get what they need in a single click….

Are you doing any Salesforce training?
Not necessarily doing workshops on a consistent basis but has done it in the past…. he is more geared towards the build and development at this point, but he’s happy to help with WebEx and screen-share with folks in the field all the time, to help them “how to” and learn how to get somewhere… did do a large scripted training session with a large group of end users 2 times over the past years, not done very often, but capable of it.
Technology: