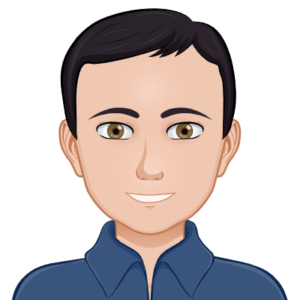 IT Manager with 13+ years of experience supporting a large enterprise environment with end users of all levels from Associate to C-level Executive. Managing a team of 6 resources. 3 onshore and 3 offshore. Coordinates the installation of proprietary software and creation of customer environments within cloud-based technologies such as Azure and Amazon Web Services.

Recruiter Notes: Passively looking…manages global information systems…manages 1 team of 6 that support in-house products, basically general application/product support…3 on-shore, 3 off-shore (India)…2 members are “specialists” 1 is a deployment specialist and the others is a Sharepoint Engineer…they work with all teams, the company has a heavily advanced tier system, they have so many teams that deal with specific technologic issues…his team does the leg work, and escalates to the appropriate department/team if needed…sometimes he’s hands-on, usually dabbles into some technology every day…he’s sometimes the go-to-person for help. The current company has its own data centers for their clinical trial software and other products but are slowly moving to the cloud both in Azure & AWS for new products, he prefers AWS. When he first started there they had 3 products, now they have close to 14. The company is primarily Windows but some newer products will be using Linux soon but it’s been a slow process… the company has a hard time with change. Wants to be challenged, likes being a manager…likes working with “A” players…loves his team because they are “A” players. An IT Manager position would be great, possibly a Director but not sure if he’s honestly ready for that, he listens-in to almost all meetings except for C-Level meetings. He’s really a manager now, came from a desktop support background but doesn’t really directly support or administer technology anymore unless his team needs help with something specific or someone in another department asks him. If he doesn’t know something, he does his research works hard to solve the issue, he’s a quick learner and is comfortable with taking a task/problem and running with it.

– Disaster Recovery (Design): infrastructure team handles all of that, his team works closely with them, help with set-up and troubleshooting certain issues.
– Monitoring: SolarWinds, uses it frequently
– Windows Failover Clustering: one product utilizes it…server team is responsible for most of it…his team does some support.
– SQL Server: can write and apply queries to databases but not much more than that, could work his way up to learn more.
– Office 365: They are currently on it, they have one individual that handles the whole thing (not on his team).
– Windows Server/Active Directory/Exchange: understands it doesn’t really touch it anymore, a separate team usually handles that.
– VMware: all in the data center, many virtual machines, usually handled by another team.
– Powershell: very little, but has been doing more script recently.

Lives in Limerick, the max commute would be KoP or Conshohocken. Would be willing to go to Center City for the right opportunity…Works from home 24/7 because of an office shutdown, but not against going back to an office.

This guy was awesome, one of the best screenings I’ve done thus far. Such a great conversation. Definitely, a manager, knows processes and procedures, knows how to conduct a team, and has incredible soft skills. Schedule an interview, today!