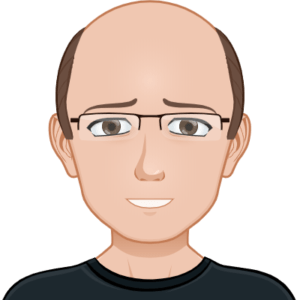 Recruiter Notes: His previous employer for about a year and a half and they went public, he had done all he wanted to do there, was the most senior technical person there, and they asked him to take a larger role in MD, and he didn’t want to relocate…. the division he’d worked for he shifted everything to the cloud… big 1.5 year long project… and after it was all on the cloud he was afraid his tech skills would atrophy there, so he left…  currently there…. super passive… knows his current employer will be sold…. but likely no changes for 1-2 years… on a project now through at least April…. so really replied to us to see what’s out there… if something good comes up he’d entertain talking about it… but is pretty happy… works from home… works on interesting projects… but will be sold to a very large company, doesn’t want to get lost in the shuffle…

Cloud MS Stack… past 5-6 years has been web-based or mobile based applications and some database applications hosted in cloud…. a lot of Azure…. a lot with e-commerce platforms through career…lots of web…. recently worked on a project for a company that is a clearinghouse for medical claims, checking for fraud… built a platform to run all claims through and author fraud detection rules, then it spits back the potentially invalid claims based on the rules… that was Azure with React front end, totally server less…. currently on a web-based project, time management for construction companies, building a scheduling module to fit into their existing product… is the Team Lead over 4 people and dealing with clients, creating tasks, running scrums, and still hands-on coding, probably like 50% or 60% hands-on coding…

Open to consulting or in-house… what’s important is the product/project and the technologies… has been a consultant most of his life but has worked on products within those years… modern tech is important to him… wants to keep his tech abilities up, projects on the bleeding edge, etc, so that he’s always going to be competitive in the market… would love to do some work with AI and data side of things… has done cubes in the past, and has done data projects…. feels like we’re at a tipping point with running analytics in the cloud and sees that as an area of growth in future….

Currently at $140k base so that is the bottom line to make a move.
Depends on package, location, commute, etc.

Open to Team Lead or Architect, would depend on the situation and position and company. Always wants to be hands-on at least 50%.