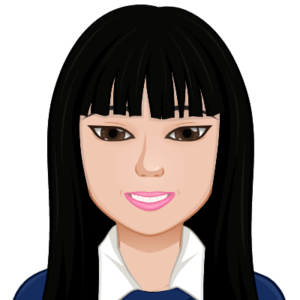 Senior Front End Developer with 6+ years of experience as a Front End Developer for a local agency in Delaware. The environment is mainly .NET MVC. She is leading front-end development on all new projects. Works closely with the back-end design, and project management teams.

Recruiter Notes: Has been doing front end work the past 6.5 years at current employer… been there since school…. .NET focused, larger projects…. Not actively looking but not NOT looking…. Thinking by end of the year she’d like to be in a new role…. The commute from Philly to Wilmington is too much, been doing it for a long time…. Also, 6+ years in one place feels like it’s really time to move on… she’s open to any technology, interested in learning new technologies, open to other frameworks and languages… that’s one reason she’s been successful, pretty much willing to work on anything…. they’re a large agency, about 90 people, so there are client-facing teams and PM teams, so she’s just hands-on development, coding…. Works closely with designers and QA… definitely more comfortable on the front end, exploring the idea of becoming full stack but is not right now…. Has mentored interns and junior devs…likes that aspect of being a senior level dev on a nice team….

Lives in Philadelphia, PA – Center City ideal but open to suburbs but ideally close suburbs. Conshohocken is about an hour but is way less stressful of a commute, and is currently doing 1.5 hours commute.

Not really interested in startups… wants stability… wants a good way to get exposure and can “open a lot of doors”… is wary of agencies for their reputation of instability and over-working employees, current employer is a really nice work environment and that’s important to her…The resume is not ready to go, she’ll have to update it, so needs some time for that…. She is traveling for the next 5 days out of state for a wedding, no internet access, so won’t be able to get the resume to me until Monday…Looking for at least $95k to make a move. That’s “as low as she would go”. She currently gets 5 weeks PTO…. If it was 4 weeks PTO she’s be looking for “at least $100k”.  Would want to negotiate down the road but 100k for a role in Conshy with 4 weeks vaca sounds like a bottom line right now…