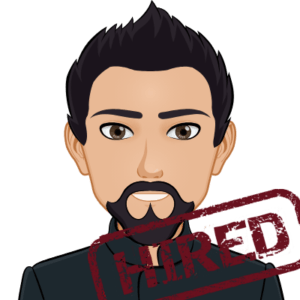 Senior Web Developer with 9+ years of experience as a web developer building website and web applications using PHP, Drupal, and JavaScript. Recently accepted a position in the Lehigh Valley region as a Senior Full Stack Software Engineer. Has fun working on startup ideas as side projects. Received multiple awards for business plan competitions to hackathons.

Recruiter Notes: Currently a senior web dev… the work environment is great, the work team is really nice… not actively looking to make a move… is a small agency, has given him a lot of good experience, he’s kind of a guy who does it all, front and back end, Salesforce, Drupal, etc… mostly building websites with Drupal… he’d like to step out of the Drupal world and do more with different and new tech, more custom dev work…. does javascript, react, redux, PHP framework like symphony on the side for side work, but very limited at work professionally because they are just so tied to Drupal…. would like to expand skills and utilize what he’s doing on the side professionally…. job description was very interesting to him, gave him the sense of the work they’d be doing, they’re working with new tech and that’s what he really likes to see…

Are you taking a feature/service to completion (working with back-end tech through front-end implementation)?
Yes, in his current job he is full stack – works it all, front and back end. also with Linux servers and DNS.

Tell me about some of your projects: consumer-facing? large scale web applications? SaaS?
Mostly websites, some are e-comm… some projects he wants to share are data-driven applications… one hosted on cloud…. micro-services project, he’d never built that before, so he wanted to explore that.

Tell me about your level of knowledge of relational databases or data models (MySQL, SQL Server, etc)
Mostly MySQL, some MariaDB. also some NoSQL databases and some experience with graph databases.