Find out why this confidential candidate curated by IT Pros made our list of top technology professionals within the Philadelphia region. 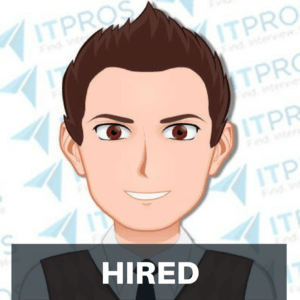 Location Requirements: Lives in West Chester PA – a commute to Malvern is 20 minutes which is great. 20 miles max for a commute. Not super interested in Center City (wage tax, long commute). A commute to Philadelphia would have to be really the BEST opportunity to be considered.

Interview Notes: Recommended by a former co-worker. Working in a DevOps Engineer role now for a SaaS company. Moving some workloads to AWS. Automating some of their product builds using Ansible and Puppet. They’re a little behind the curve vs some other companies but those issues have been fixed. He’s supposed to move into an Architect role but he’s interested in moving to a new company. He wants to make sure he’s adaptable and has a good career path. He wants to work with different things, be challenged and continue to grow his career.  He’s not unhappy where he is but doesn’t want to get stuck in a rut. He came up the web application development side of things but hasn’t done much lately. He’s in a supervisory role right now. He’d like to be more hands-on and coding in a new role. Mixed Windows/Linux environment currently, moving towards Linux for the future. He’s more comfortable in Linux but could definitely work in a mixed environment. Not a ton with Active Directory, he’ll just add users to a machine, fairly basic. He is on the Infrastructure team but more on the DevOps side vs Core Infrastructure side.  Scripting with Bash, Terraform with AWS, Python, working with Puppet, not so much with PowerShell although he can work with it. He can pick up languages quickly as he’s worked with a variety of languages in the past. He works mostly on the hosted side of things, he’s the bridge between development and testing, development and production. Databases are primarily Oracle but have worked with MySQL and SQL Server in years past. He has done a little with Postgres but not too much, that’s new for the company. VMWare for storage although he’s not as hands-on with that as other team members are at the moment. IaC, he’s a big fan, it increased repeatability and you can describe your environment and have hands-off CI/CD and deployment, machines, containers, etc. He uses Jenkins quite a bit for monitoring. He’s working with Zabbix (open source monitoring tool). Most of the applications/products are Java based. Tomcat for deploying more files. Front-end used to be Flash but now they’re working React.JS although he doesn’t touch that.

ABOUT | WHY IT PROS? | SERVICES | RESUMES | FAQs | COMMUNITY | CONTACT