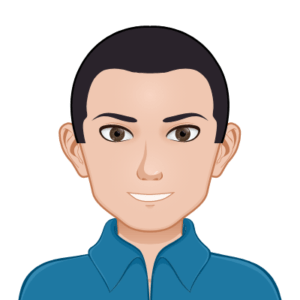 Recruiter Notes: He’s in charge of anything Microsoft related… managing contractors doing projects, but not really “people-managing”… mostly managing anything Microsoft related… he’s not actively on the market but he’s starting to think about it… so my email was well timed… systems engineering, systems architecture is his strength… but he also wants to grow in his career so anything that will give him the opportunity to take on something new either with technical skills or people managing would be good…was brought on to take over all of the Windows-based systems management… was originally just the business systems, basically supporting the office, Active Directory domain, supporting 3 sites, Office 365… then moved Windows into production, so built out a whole new AD infrastructure and all the support to go with it… also handles all of their MS license negotiations, works with the end user support team for issues…. plan the general “windows strategy”… he is supporting an app that has to meet “3 and a half nines of availability”…. moving into cloud service providers… AWS… built up a new environment again, he’s fully transitioned but the Linux team is still transitioning… he’s very comfortable with AWS, had to figure out how to use some of the new technologies like RDS for SQL Server… SQL Server is database back end, front end is under IIS…Hitachi for storage (physical) but moving everything into AWS so all will be EDS for block storage or EFS for file storage — that’s the production side…..On site office systems are not as critical as the customer-facing stuff…tables in Linux, has worked in mixed environments before, coordinates with their Linux team, etc.

Anyone that says they’re a scripting expert, he feels there’s always more to learn…likes PowerShell…can interpret other languages but likes PowerShell the best…they use Ansible…not hands-on with Chef or Puppet. He’d like to get more into this side of things, not as hands-on with Ansible as he’d like, either…some PowerShell but more Bash for their IaC. most of their customer-facing stack runs on Linux…building out 2 new private clouds in AWS which is scripted to the point that he executes a “build web server” script and 2 hours later it’s all there.

Loves Hyper V! Has also worked with VMWare and Xen. But most comfortable with Hyper V.
All corporate internal stuff is on HyperV and he has 3-node HperV in his basement and a SAN in his basement.